Home / bizarre crimes and criminal / Jayson Laughman, A Can of Shrimp and a Samurai Sword 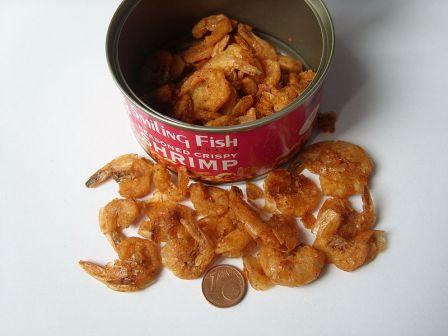 Jayson Laughman, A Can of Shrimp and a Samurai Sword

One particular bizarre criminal case that took place in the state of Florida is the case of Jayson Laughman of Deltona, Florida, as reported by the Orlando Sentinel. Laughman obviously suffered from possession of a short temper, if nothing more serious, as he was sent into a fit of rage following an accusation from his mother’s boyfriend, Michael Airhart. Surely you would think that the accusation was something pretty serious, but in reality, Airhart merely accused Laughman of stealing a can of shrimp. Sure, shrimp is on the more expensive side of the spectrum of various meats, but you have to wonder of Laughman’s state of mind considering he went to the point of breaking down a door with a samurai sword as a result of his rage. Following the door destruction, Laughman proceeded to throw kitchen knives at Airhart. Also regarding Laughman’s state of mind, Laughman revealed that he did not remember much of the altercation with Airhart.

Fortunately, Airhart was able to escape the wrath of both Jayson Laughman’s sword and throwing knives. Laughman was charged with aggravated assault with a deadly weapon, which may not be an uncommon or bizarre charge to occur. Using a samurai sword to break down a door and using kitchen knives as throwing knives, though, makes you wonder if Laughman is an aspiring ninja warrior. Laughman also made threats to use a statue against Airhart, which maybe means he was simply utilizing anything around him in order to hopefully clear his name as a shrimp thief.

Following Laughman’s questioning from authorities, he remained in the hospital as a result from his experiencing chest pains throughout the questioning. Here’s to hoping that nothing crazier goes down as a result of canned shrimp, or else we may see the product begin to disappear from grocery store shelves altogether.

Find out more about Florida’s criminals – Check a person’s criminal background in the state’s counties.

Locate an FL inmates – A governmental database to track a person’s incarceration history.