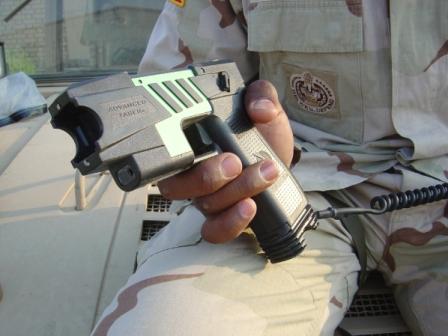 Georgia does not fall short when it comes to crazy crimes happening within its state lines. For one particular crazy story, we can look not too far from Atlanta at the city of Norcross with the story of Karl Laventure.

Karl Laventure adds more to the interest of this story because of the great effort it took to subdue him. One officer reported that he looked like an athlete would look at the top of his game.

It’s getting even weirder Things only get crazier. On the third taser attempt, Laventure began doing handstands. Can you imagine police chasing this guy who ran out of the woods, who may or may not be a cannibal, and he seems to be immune to defensive utilities?

It took 6 deployments and officer restraint to get Laventure to the ground. While subdued, Laventure screamed about many things such as Tupac, Biggie Smalls, and his “transformation” into the Avengers and God.

As Karl Laventure was being transported to the hospital, he was given medication that enabled him to gain his senses and speak clearly to the police.

Laventure then apologized for his actions and admitted that he believed he was in a trance induced via marijuana combined with bath salts.

He began another crazy tirade in the hospital, which would result in a final taser count of 14 for Laventure. He was charged for disorderly conduct and obstruction.