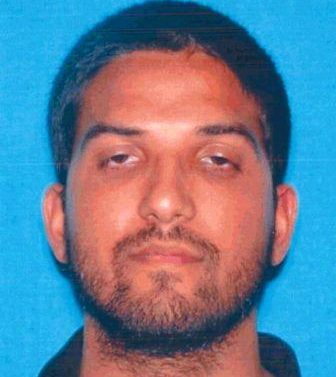 An infamous criminal case in recent national news takes place in San Bernardino, California by Syed Rizwan Farook and Tashfeen Malik. Many people are very familiar with this case, as it has been commonly known as the San Bernardino Attack.

Farook was a U.S. citizen from Illinois, who grew up in a home in which he commonly experienced violence exhibited by his father.

As a graduate from Cal State-San Bernardino and working as a food inspector for the Department of Public Health, most people described him in a way that wouldn’t portray him as a potential terrorist.

Tashfeen Malik was not a U.S. citizen, but rather was Pakistani-born but Saudi Arabian raised. Tashfeen, like Syed, was a collegiate graduate. Malik’s and Farook’s paths first cross via the Internet, and they would eventually be wed shortly after.

Things became really interesting between Malik and Farook in 2013, as the FBI investigation produced evidence that private messages between the two showed signs that both parties were committed to jihadism and martyrdom. Malik would eventually enter the USA on a fiancée VISA as she was engaged to Farook.

Another interesting aspect to the story is Farook’s bank activity leading up to the attack. Farook received a loan of $28,500 in which $10,000 would be withdrawn and two $5,000 sums would be transferred.

Farook then was in attendance of a staff meeting prior to a department luncheon in which both he and Malik began releasing fire. Both attackers fled but were quickly pursued and cornered by police, and police were able to neutralize the attacks.

The questions of immigration and cell security

The attack continues to have present day effects as the questions of immigration and cell security continue to be addressed. Following the attack, the Federal Bureau of Investigation obtained Farook’s Apple iPhone.

In an attempt to expose potential terrorist attacks, the FBI ordered for Apple to unlock the phone, which required a passcode comprised of digits that only Farook knew. Apple phone’s security software includes a self-locking program that would be operated if too many failed attempts at the passcode occur.